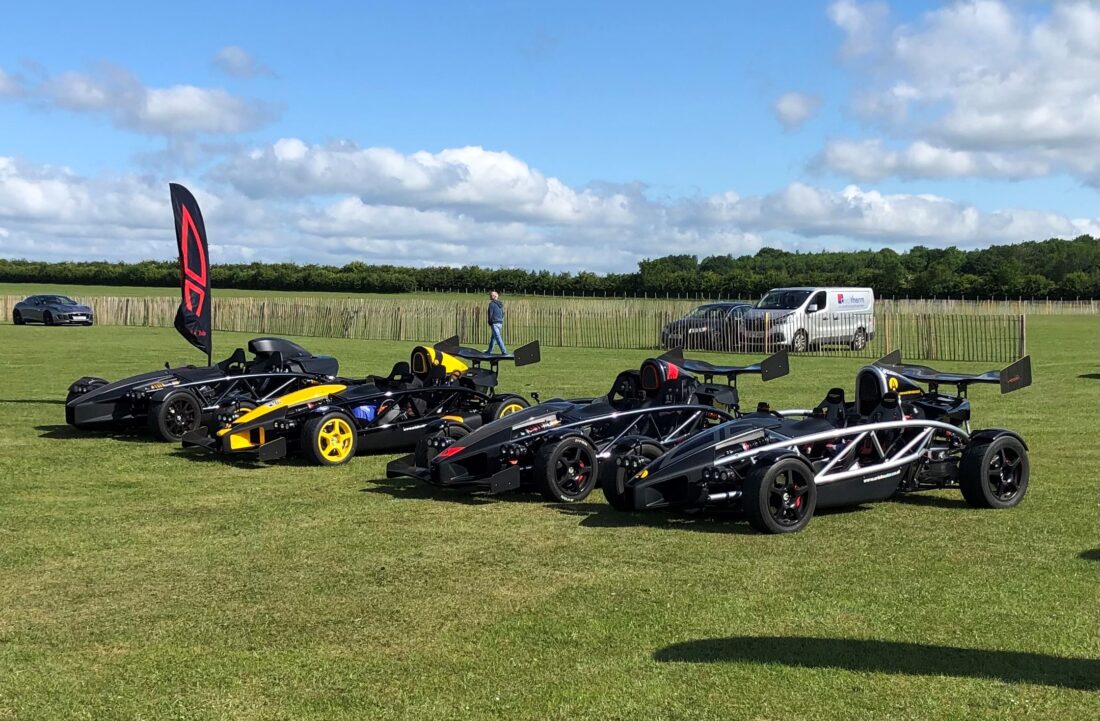 Are Atoms and Nomads supercars? We know that they are pretty intense and very exciting – capable of generating the ‘tingle’ at 50 paces, but are they ‘supercars’?

To find out, the Ariel Club grabbed a show stand at SupercarFest ‘The Runway’ 2022 in Northampton UK , to see what the petrol headed throngs would make of our cars, either as static exhibits or furiously accelerating balls on angry, shouty, metal exploding down the runway in an effort to set the fast speed.

So how did we do? Well, judging by the number of pointing fingers and smiles the cars generated, standing out from a sea of Lambos, Fezzers, Porkers, Audis, Paganis, McLarens and assorted Unobtainia, pretty well.

As with all meets and shows, Ariel Club expects the highest standards in decorum at all times from it’s members. Therefore it is with great regret that we must now open a full and in depth investigation into how the following marks appeared in a location close to the Club stand. We have reached out to Sue Gray and expect her report shortly and until it is published we don’t think it appropriate to comment further.