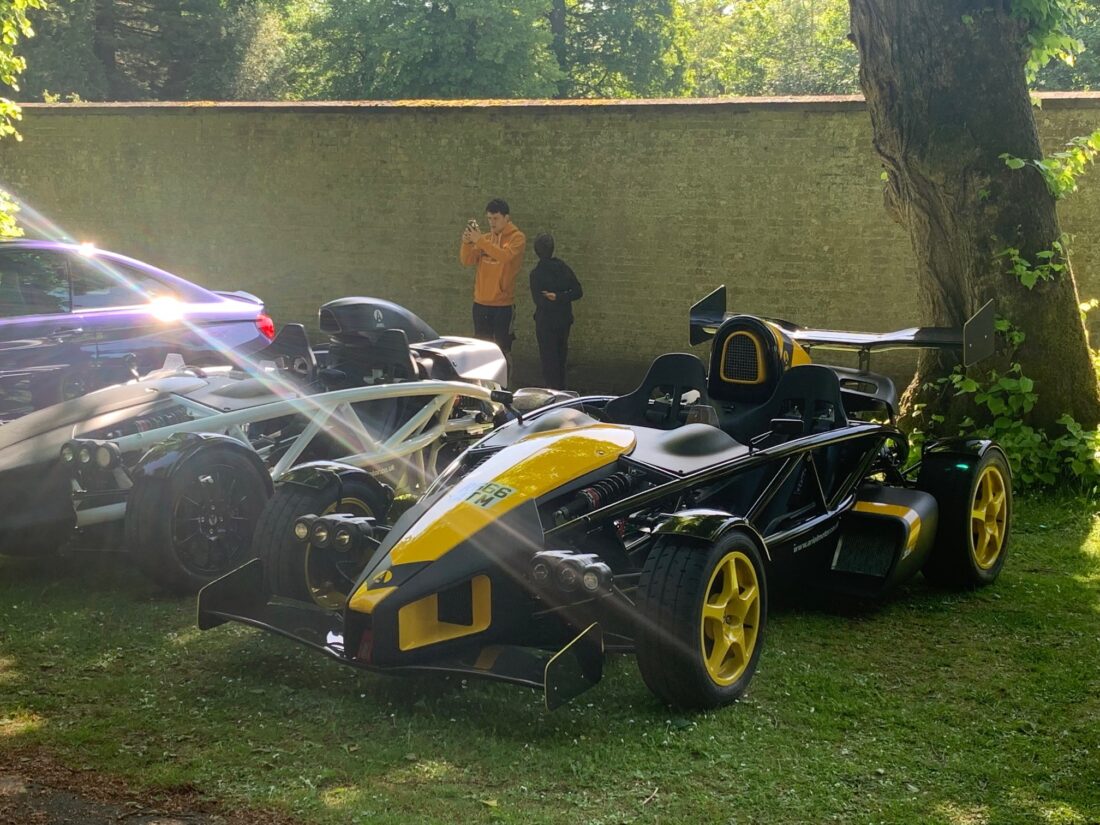 The #BananAtom has now done 3 track days a couple of road runs since the 3.5R conversion was completed and impressions are good.

FA quick reminder – I specced my 2018 K20 as a normally aspirated 245bhp Atom because I had heard that the induction roar was epic and that the throttle response was synaptic. The car did not disappoint and I can still recall the sensation of it trying to suck my brains out of my left ear and into the snorkel as the redline approached at 8200 rpm.

I added the supercharger to take the car to 310bhp in 2020 and marveled at the way the car surged forwards on demand, seemingly regardless of road speed. It has been said may times by people who upgrade from NA to SC, that the difference is like having an entirely new car. I whole heartedly agree. The supercharger whine and the urgency of the conspired to make the car so exciting.

And now the transformation (in power terms) is complete, with the car having the sidepods, charge cooler, oil cooler, larger injectors and smaller pulley added in the the spring of 2022.

Unlike the step from NA to 31o supercharged, the step on in performance was not as immediately obvious. I sort of expected this to be the case as my tolerances to the mind tingling excitement that is Atom driving had increased over time – a bigger dose was needed to produce the same thrills.

My first proper chance to bury the load pedal came at Supercar Fest when I got to fire the car down the runway in pursuit of some silly speeds. The car posted a pretty decent 0-100mph time (so much so that I may have forgotten about the fast approaching corner which caused my passenger a code brown moment), but in the wide open environment of a runway it was hard to gauge the performance.

Having done a few track days in the car and tackled a few road runs, it is evident that there is more torque everywhere. I can hold a higher gear on track and carry much more speed. In terms of top end – where I used to see low 130s at Bedford and Goodwood, I now see high 130s (and most of that was two up). Not scientific and massively subjective, but the car is feels to be discretely faster than it was. I know ‘discrete’ in a yellow and black Atom – it’s all relative.

I (and pretty much every other small kid I pass on the road) absolutely loves the side pods – they lend the car a much lower-profile stance, enhancing the formula car aesthetic. Other things to mention are the new noises – the different pitch to the ‘charger, the whirr of the charge cooler water pump and the ping of the debit card in the petrol pump as fuel consumption just got real!

Next up is a trip to a rolling road to see what numbers the car is making – my bet is around 340 or so, but we shall see.