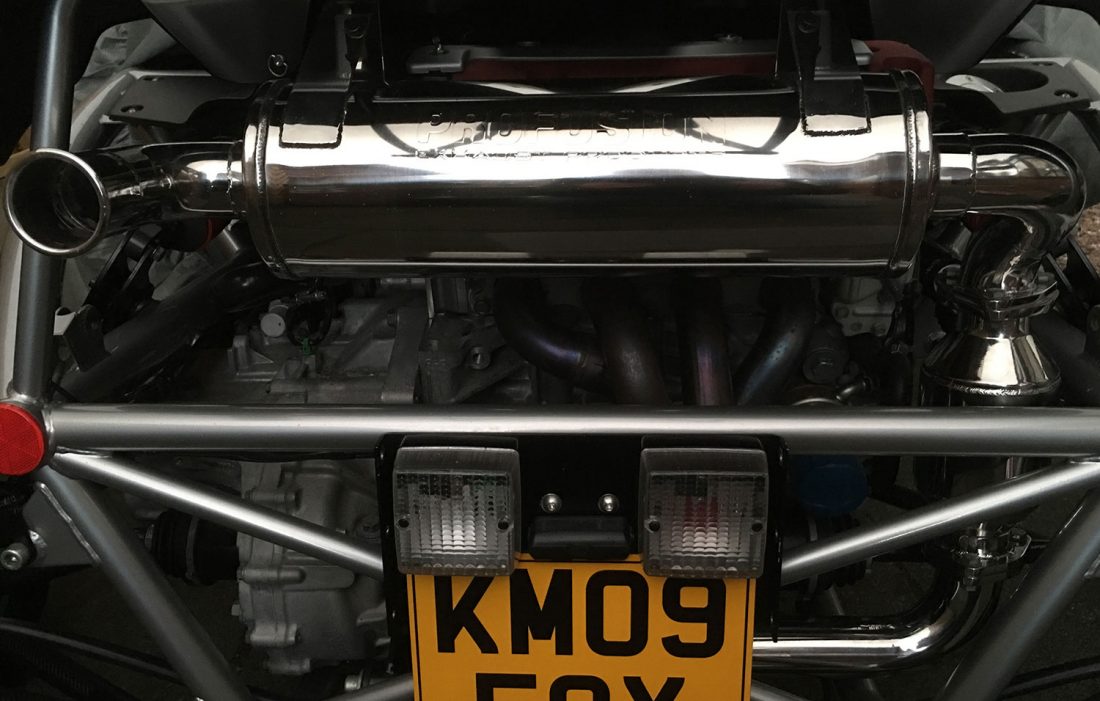 My objective was to make a straight-through exhaust box for the Atom – at a sensible price and to give the car a stronger sound. With the standard box, the Atom is the only sports car I have owned that doesn’t sound like a sports car when you’re on the power.

My wife says I’m childish but I love the sound of a sports exhaust (especially in a tunnel, under a bridge or against a wall) that releases the growl of the engine. I accept my new exhaust will probably stop me getting on track but I only use the car on the road.

Once the jig was built, I had to make brackets to support the new 6″ can. The exhaust assembly requires an 18″ x 6″ straight-through can (24″ overall length), two 90 degree bends, one 45 degree bend, a rolled tip and a three bolt flange. The can, the 90 degree bends and the 45 degree bend were obtained from Profusion Exhausts ready polished. The tip was ready polished and I sent the flange to the fabrication shop for polishing. Parts polished before assembly make the polishing after welding so much easier.

I then cut four 40mm lengths of 304 stainless steel to make the brackets. They were bent and drilled to fit and then they too were sent for polishing prior to assembly. The jig and all the finished parts were taken to the fabricators for final welding together. 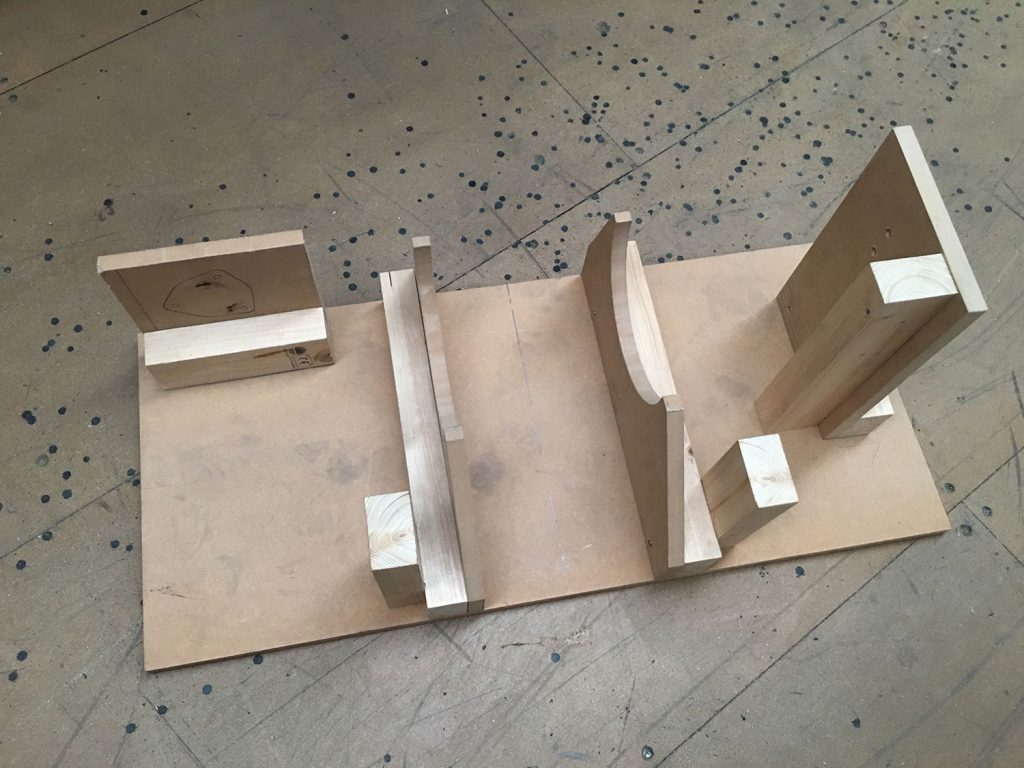 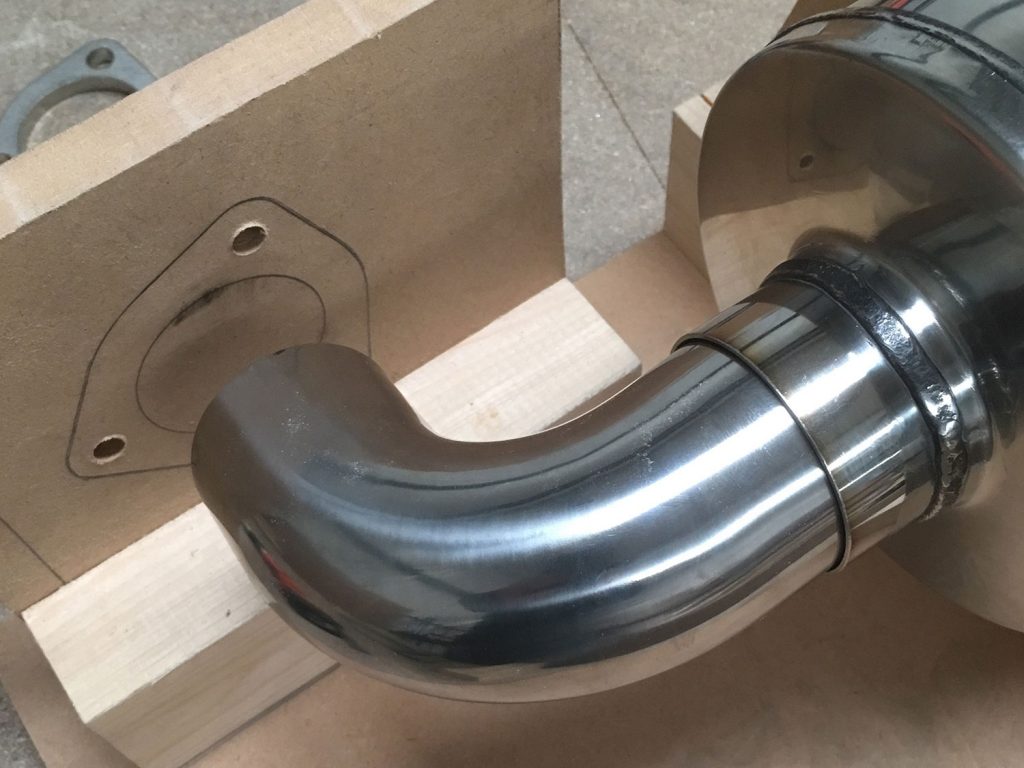 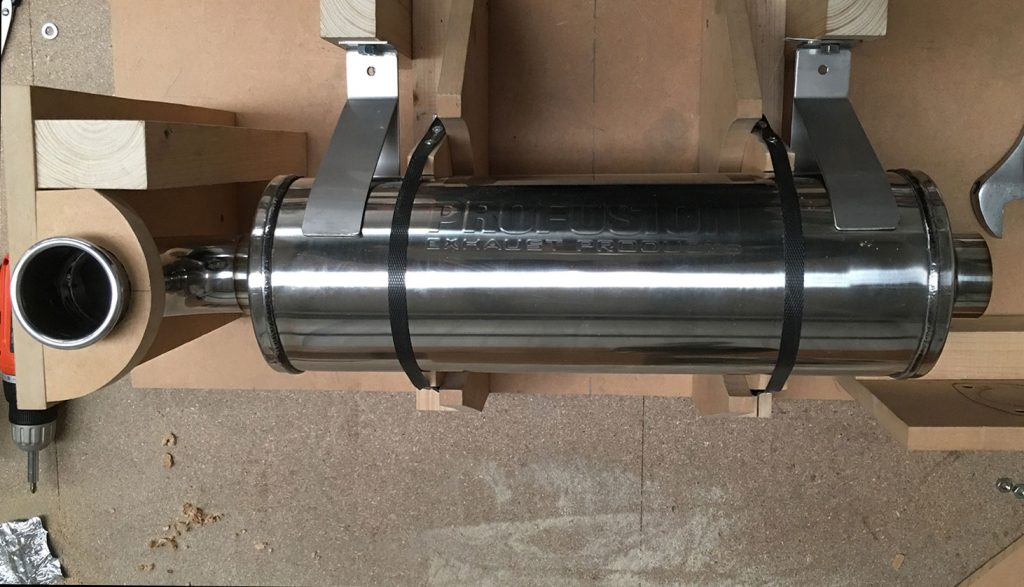 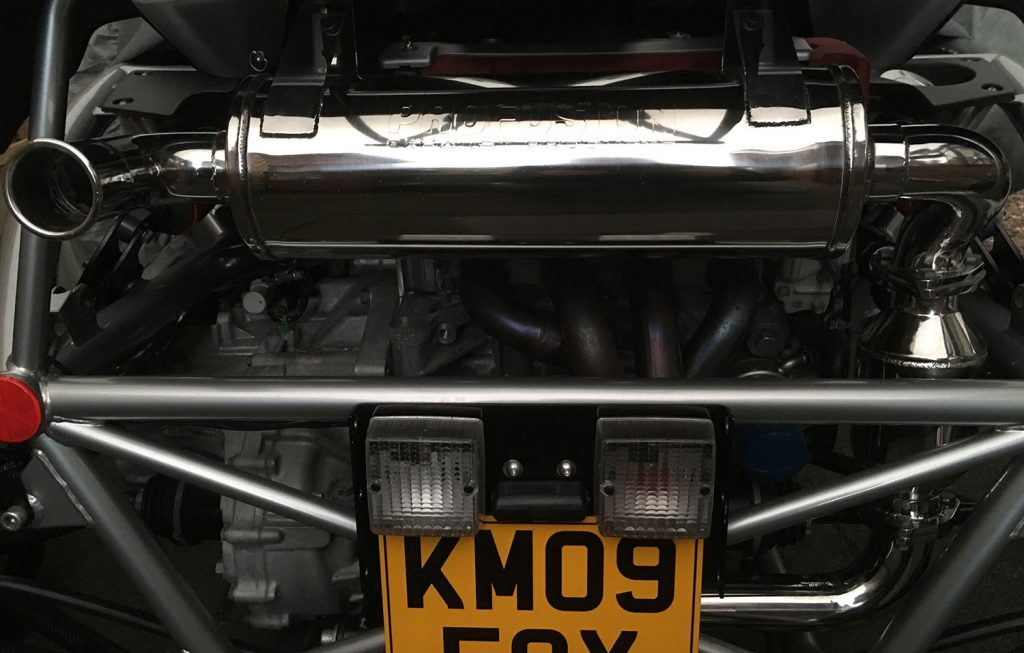 The parts cost came to around £165; then it took about seven hours labour to finish the job. I’m very pleased with the results and the sound, but I won’t fully appreciate the result until summer 2018 when the car is back on the road.

PWG Fabrications (St Helens, UK) did the welding and polishing and have agreed to manufacture the Atom exhaust for anyone interested. Call Ian on +44 (0)1744 884091. I have no association with them. They appreciate that the finished exhaust box has to fit the jig, mount like the original and look professional. A video with sound will be uploaded here very soon.

How does it sound?

The exhaust was acquired by Chris to make way for Keith’s MK2 version. With thanks, Chris has agreed to share some footage of the MK1 here for us to enjoy. What a soundtrack!

A MK2 version was later installed with a 3″ straight through exhaust before the car was sadly sold on. 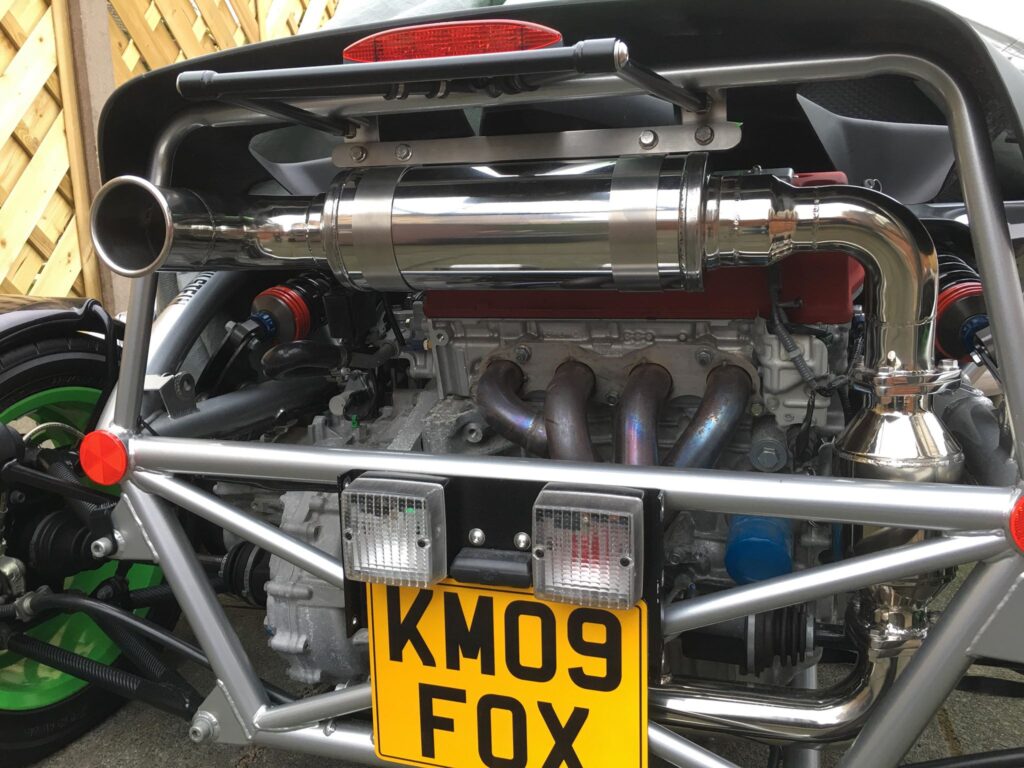 Have a story to tell?