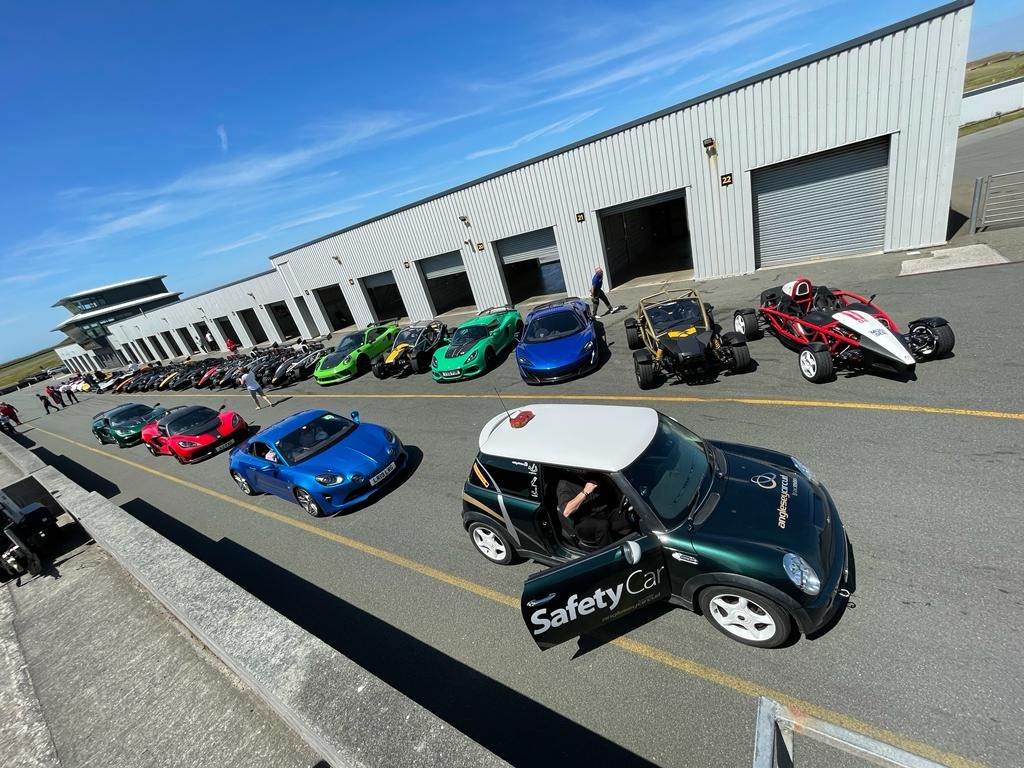 The concept was simple; assemble some of the best driver’s cars on the planet at one of the best race circuits in the UK and invite the most skilled pilots possible for 2 days of unfiltered fun.

Three out of four of those things happened. Whilst there were some of the most skilled drivers on the planet there, like Ariel Development Driver Si (Sideways) Clark and Nurburgring 24 Hour winner and F3 champion, Adam Christodoulo, the event was conceived as an opportunity for the owners to let rip on track in a friendly and safe way.

Put together by our own IanG and the Mono Maniacal’s RobinK, Angelsey Circuit was chosen as the venue because they seemed pretty relaxed about having some seriously quick cars buzzing around their track on a 2 day, exclusive event. Turns out, they were pretty relaxed because they run a very professional set up and the 2 days went off without a hitch.

From the Ariel stable, the only four wheeled variant missing was the fabled V8, pretty much everything else was there, from Sadev ‘boxed 3.5R to Nomad R to Mugen. The Mono folk were well represented and bought along a number of other marques such as Porsches, Maclarens and Exiges. They also turned up with full factory support, complete with slicks and other boxes of tricks.

Across the 2 days the standards of driving were impeccable, giving track day novices and seasoned racers the space and confidence to explore their own limits in their own time. Si and Alex were on hand to give people coaching to help them explore their cars a little more.

Now, Angelsey is often called a mini Nurgbring as it has some interesting and technical twists and some big elevation changes, so it may not be a surprise that Alex, having borrowed a Mono headed out over lunch to set an unoffical lap time of circa 1:28 – that’s 3 seconds quicker than the official record – and he did it with no preparation and just one warm up lap.

All in all, the whole thing sounds ghastly and I am delighted that I booked a work event in Cardiff for the same 2 days, so could only watch on via WhatsApp and Insta. Not. Well done IanG and RobinK for setting up and I will be there next year – as I am am sure a lot of other Ariel folk will be.