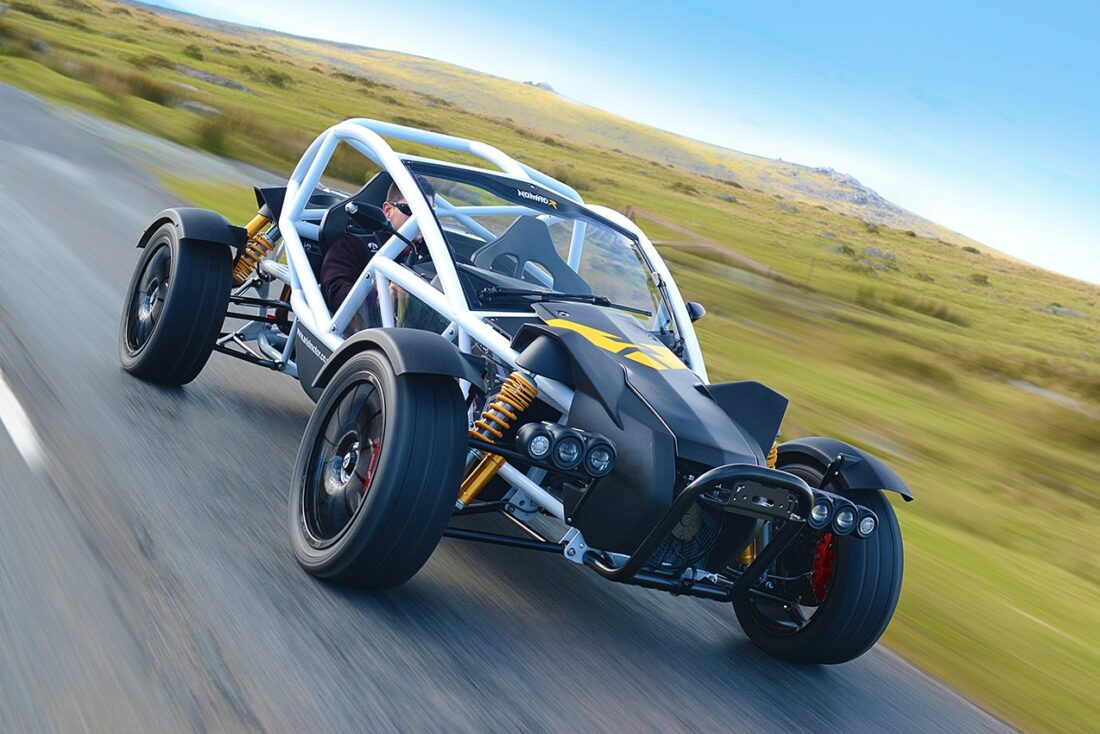 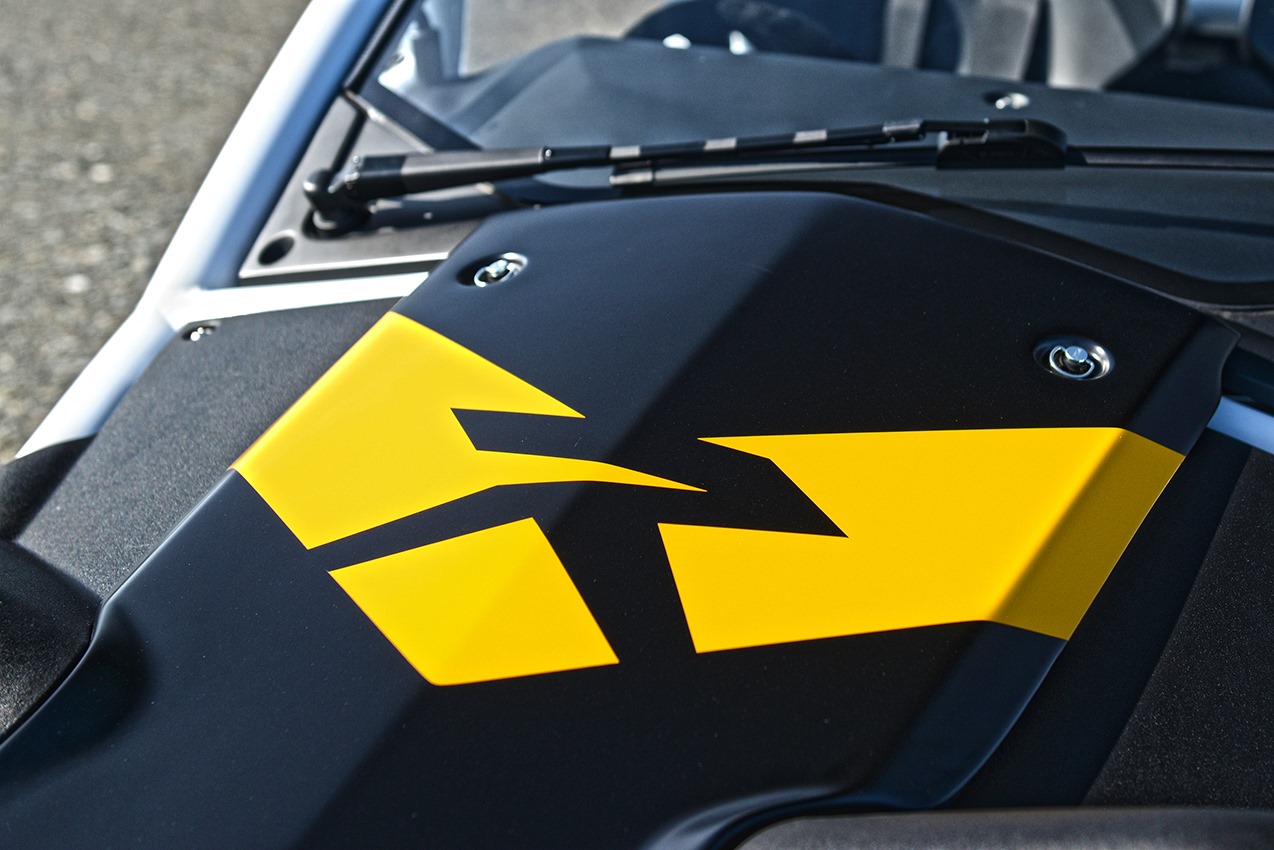 Following the launch of the Nomad in 2015 and the supercharged version in 2016 Ariel Motor Company are pleased to announce the ultimate version of the Ariel Nomad – the Nomad R.

As a limited edition of just five cars the Nomad R with feature an increase in power to 335bhp, a six speed sequential Sadev gearbox and Bilstein MDS dampers taking the R version of the Nomad to yet more extreme levels of performance. Designed and tuned to ‘tarmac rally’ specifications the Nomad R gives ultimate performance in an on/off road car biased towards road and track use.

Said Henry Siebert-Saunders, Manager of Nomad development, “We’ve used knowledge gained from over five years of the Nomad, 15 years of supercharging Honda engines and the Atom 3.5R drivetrain to make this a truly staggering car. It’s incredibly quick but also very driveable, and above all, fun.”

As with all Ariel products the Nomad R has a Honda engine at its heart. Differing from the standard Nomad, which features a 2.4 litre Honda K24 engine, the Nomad R has a K20Z3 2.0 litre engine fitted with Ariel’s own Eaton Type, twin lobe supercharger system. Running at 11psi intake boost the engine produces 335bhp at 7600rpm and 330Nm of torque at 5500 rpm. A fabricated aluminium air to water charge cooler is fitted to optimise intake temperatures. 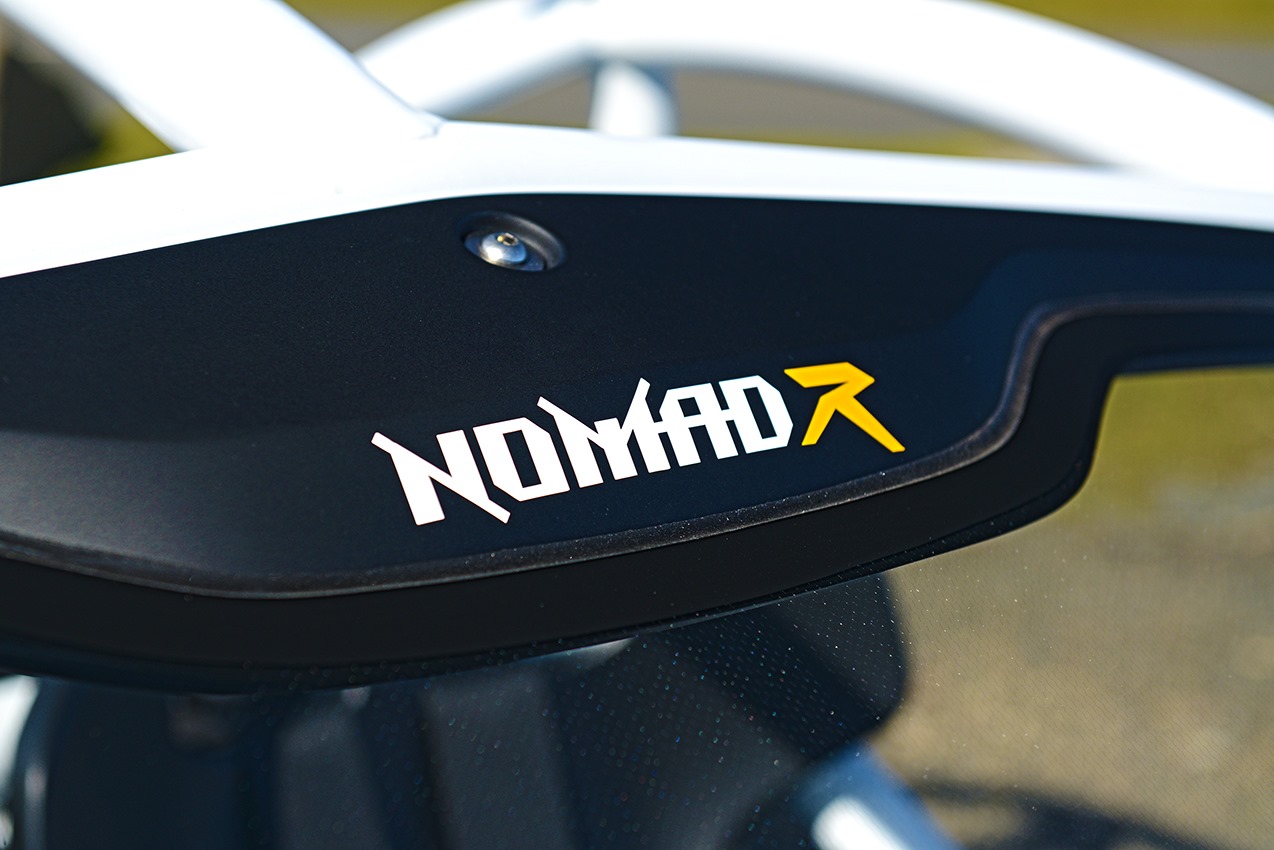 Power is up by 100bhp on the standard car and torque is up by 90Nm. The outstanding power delivery, reliability and durability of the Ariel/Honda supercharged installation has been proven over the last 15 years, starting with the Atom 2 and culminating in the Atom 3.5R. The Nomad R builds on this experience and takes it to a new level. As with all Ariel products usability, dependability, reliability and consistency is as important as outright power. “Our customers need reliability, whatever they are doing,” said Henry S-S, “be it hooning around a field, doing a track day or driving thousands of miles around Europe, so attention to detail is paramount.”

Drive is via a 6 speed, close ratio Sadev sequential race gearbox. Similar to those used in the Ariel Atom 3.5R and original Atom V8 but uprated to the latest ST82-17 model. The aluminium ST82-17 is the flagship of the Sadev range combining optimised architecture in a small package weighing only 38 kilos. The gearbox features integrated oil pump, straight cut gears, dog ring gear engagement and a 3 disc ramp and plate limited slip differential, fitted with externally adjustable preload. Sadev uprated drive shafts are fitted to cope with the additional power and torque. The gearbox is fitted with ‘tarmac rally’ ratios and 12/53 final drive, operated by an electronically controlled, pneumatic shifter. A single paddle behind the right side of the steering wheel is used for one finger gear shifts — pull for upshift, push for downshift.

Upshifts take 40milliseconds, downshifts 50miliseconds with auto blip on downshifts for smoother transition between gears. The system gives clutchless shifting on acceleration and deceleration right down to low speed with the clutch only used for start and stop. Full flat floor acceleration is therefore possible without lifting off the throttle pedal, removing the time taken for a normal manual gear change.

The Nomad R features the standard long travel geometry but now controlled by specifically developed Bilstein MDS 2 way adjustable monotube dampers. Individual adjustment is possible for compression and rebound and these are complemented by Eibach springs again developed specifically for the car. Lightweight 18″ multispoke alloy rims are fitted with Yokohama A052 tyres. Four-piston Alcon callipers and two-piece ventilated discs are fitted front and rear with adjustable brake bias for off-road use. 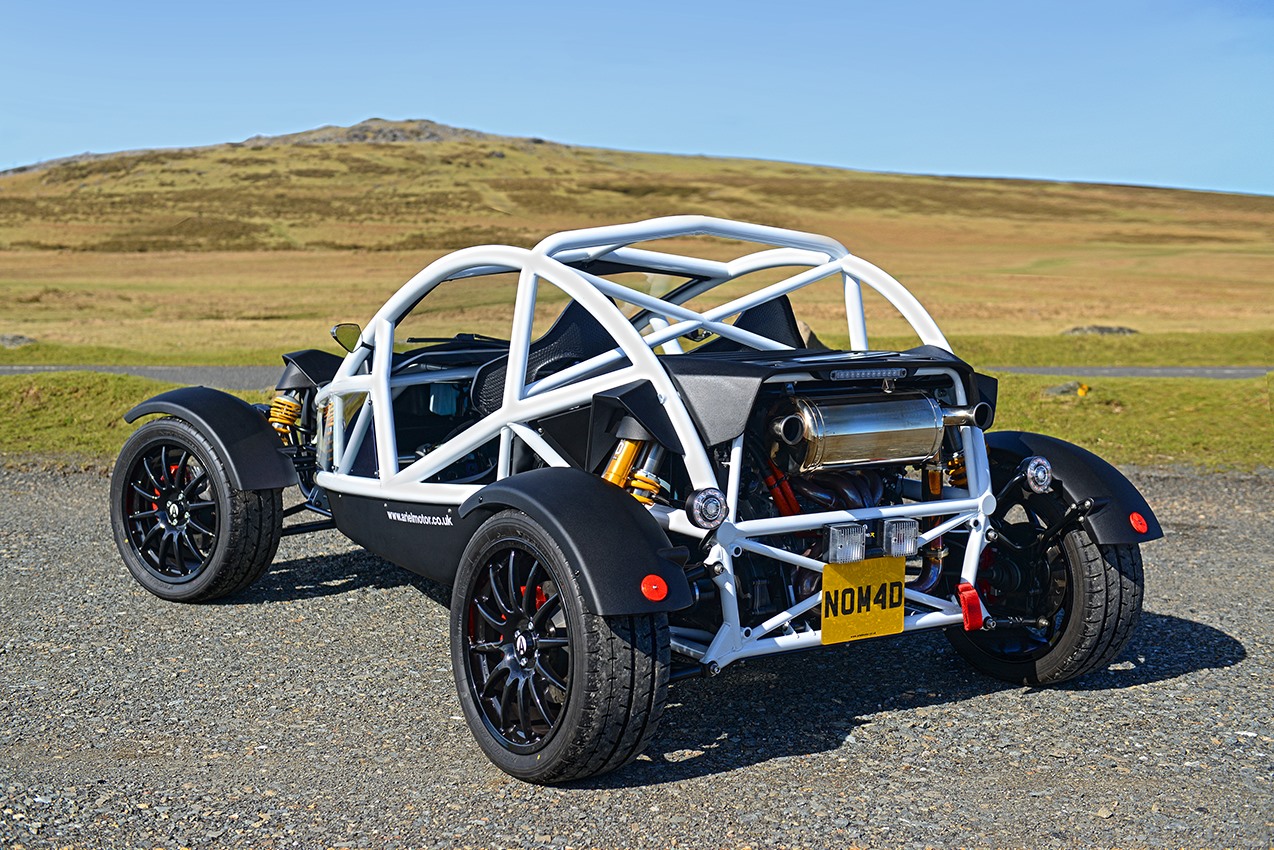 Revised ergonomics and the latest individual, lightweight Atom 4 seats feature in the Nomad R together with full harness seat belts. Bodywork is a mix of composite and rotationally moulded parts with high vulnerability areas designed to take abuse and Nomad R graphics complete the package. A range of options, as with all Ariel products, is available to individualise each car to customer requirements.

Performance of the Nomad R has been aimed at very high speed road and track use. The gear ratios fitted as standard give acceleration of 0-60mph in 2.9 seconds and a top speed of 121mph. “Our aim was to give maximum acceleration and in-gear performance, rather than outright top speed,” said Henry S-S. “Feedback from our customers shows that top speed is becoming increasingly academic and even on many UK tracks it is limited. We can alter gear ratios if required, but the Nomad R set-up suits both the car and its intended use. It’s not only extraordinarily rapid but it will put a smile on your face which underlines our company motto — SERIOUS FUN.”