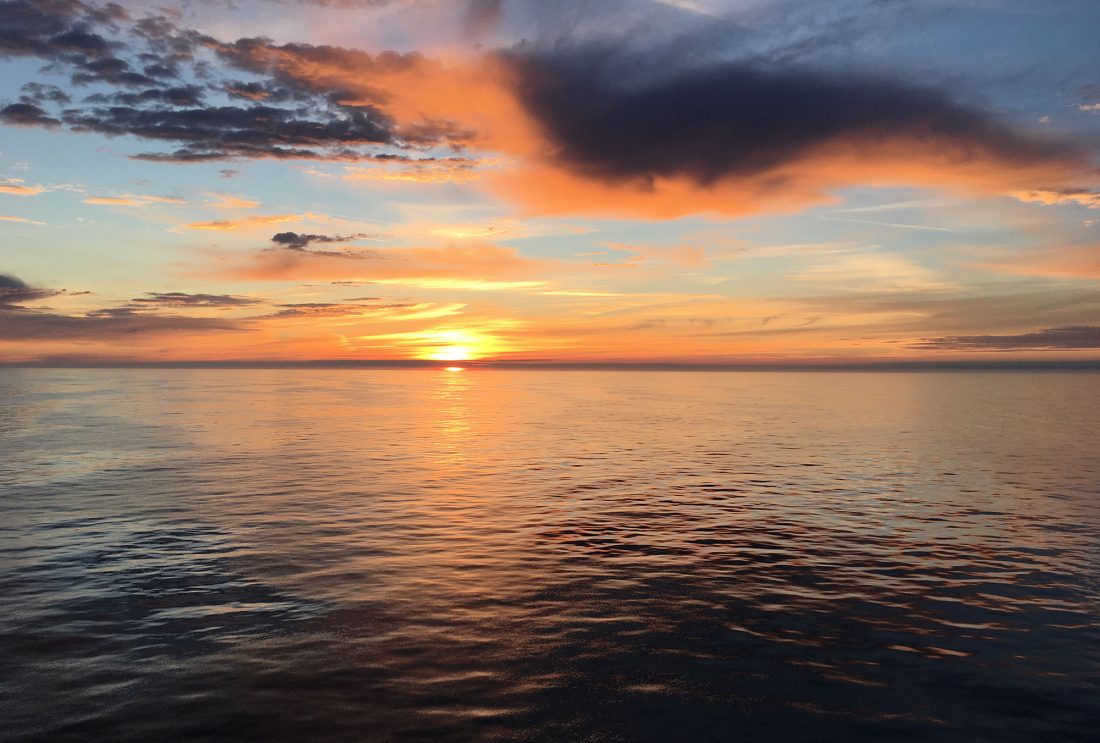 ‘You’ve bought an unforgettable car. Now do the unforgettable trip’ is how Steve Gibson ends his Ariel Club member’s guide on touring Europe in an Atom. It was with this very much in mind that I proposed a trip slightly further afield, to Portugal, for the club’s tour of 2017. Combined with a little local knowledge, and the fact that much of north-west Spain and Portugal’s topography is mountains and hills with excellent, well surfaced, and relatively traffic-free twisty roads, it promised to be an unforgettable trip.

After planning the trip in detail, on and off for eight months, I nearly missed it due to feeling quite unwell the weekend before. I just managed to avert this personal disaster, being on the mend by Tuesday 4th July and travelling to the Portsmouth ferry port to meet up with Alex Brandon-Smith, Andrew Hawkins, Bruce Fielding & Kathryn Kneller, Nick Mason and Steve Gibson. Five Atoms and one Nomad. Patrick Wright would meet us on day two with his Ferrari yellow Abarth Biposto to keep us on our toes.

Somehow the outbound trip to Santander was far more enjoyable than the return to Portsmouth. I guess this was largely due to the fact we travelled on Brittany Ferries larger ship Pont Aven and the sense of anticipation of what lay ahead for us. We wasted no time in starting our holiday with an excellent sunset dinner in the Le Flora restaurant. No steerage class buffets for Ariel Club members that evening. Over the next 24 hours we also managed to win both on-board quizzes. Which says a lot about club members general knowledge, or not, as one quiz was kids’ TV shows. The prizes included a cheap, plastic gold cup, which was adopted as the daily ‘Silly Award’ for the silliest faux-pas driving (or any other behaviour). Nominations would be discussed at dinner, and the previous day’s cup holder would then decide who had won it for that day. I won’t disclose the nominations and winners here, suffice to say, yours truly got it three times. Perhaps on some future club event, they could be discussed over a beer? Steve also dished out the tour t-shirts on board, which were proudly worn on various days, but especially on the drive into Porto.

With a late afternoon arrival in Santander, we would only really start our tour the next day, and so it was only a short hop to our first hotel, an old, converted coaching inn, with a secure car park. A secure car park was the number one criteria for all our tour hotels. Once that was established, then the best or most interesting hotel was selected. I like to vary the accommodation types on these tours. From larger established hotel chains to smaller family-owned places, and also, in a variety of locations from the centre of big cities to remote out-of-the-way places. We even stayed at the expat British Club in Porto. It all adds to the variety and enjoyment of the tour. I think the universally accepted favourite was the Vintage House hotel in Pinhao, in the Douro valley, Portugal. Superbly located on the river, with the old world glamour of the port wine business.

Our first two full day’s driving were in northern Spain. We didn’t spend too much time driving along the beautiful Cantabrian coast, but headed south on the N621 over the Picos de Europa mountains. A road with stunning scenery, and plenty of hairpin bends to enjoy the Atom. It was here that I learnt for the first time you can enter a corner in an Atom at nearly twice the recommended entry speed, and it just sticks to the road. I thought I had experienced ‘Serious fun’ in my first six months ownership in the UK, but nothing like this! A day’s hard driving was divided by a picnic lunch at the Riano lakes, where we discovered that Nick’s carbon fibre rear wing makes a great improvised picnic table. The day ended in the city of Leon. The second day was less intense from a g-force perspective, but still hugely enjoyable, flowing bends along the river Sil Gorge. We stayed at the Parador do Sil that evening, which takes my vote as the second favourite hotel. A remote monastery tastefully converted into a parador.

The next day, again after some splendid roads south of Ourense, we crossed into Portugal at one of the more remote border crossings into the Geres National Park. We stopped for a coffee in the now re-purposed control post. The place was quiet for a while, then, crowds appeared out of nowhere to admire the collection of Ariel machinery. ‘Que linda!’ (What a beautiful car), ‘O que e isto?’ (what is this?), how much does it cost? Do you want to swap for my car? How much power? This was pretty much the reaction everywhere we went in both Spain and Portugal. As we drove through remote towns and villages, where I doubt nothing exciting has happened for years, people would do their double takes, drop jaws, fumble for cameras. Old hombres, sitting at sidewalk cafes enjoying a long hot siesta, would show the first signs of life in hours. One Portuguese guy in a small town approached me with a huge grin on his face, then grabbed both his cheeks and said, “Clarkson, Clarkson!”. He probably thought he would never see the real thing after that Top Gear episode.

Fortunately the initial bone jarring granite block road in the Geres park didn’t last long before turning into the smooth surfaced twisties the Atoms love. We drove onto the Portuguese border town of Chaves where we stayed in an old fort. We were fortunate to be in town to enjoy the annual summer festival that evening. The next day the scenery changed again as we headed down to the Douro valley, a UNESCO World Heritage area, and one of the oldest demarcated wine regions in the world. Although the centre of port wine production, it is still quite rural with beautiful vistas along the valleys and the river. We stopped in Pinhao after some more great twisty roads down to the river. We never tired of these roads, whereas in a normal car they could be tiresome.

The following day we reluctantly left the beautiful Vintage House hotel in Pinhao, and followed the river all the way to Porto. The much hyped ‘best driving road in the world’ N222 Pinhao to Regua, was slightly disappointing, perhaps because it was over hyped, and we had experienced better and more fun roads before, and after, the N222. Porto was our halfway point, and the second big city we visited after Leon. We had a rest day there, to soak up a part of Portugal most Brits don’t see. In fact, all of north-western Spain and Portugal are not the usual places British holidaymakers visit, but in my view far better and with more to offer than the usual destinations, if you want more than just a beach holiday. Like most stops, we found some great places to eat in the evenings, from expensive to plain looking local, non-tourist restaurants, but all with great food. We had plenty of excellent freshly caught seafood, sampling local dishes like stewed salted cod, or grilled octopus and squid. All washed down with plenty of good local wine, before retiring to another establishment for the inevitably stronger night caps, and discussing the day’s highlights.

After a rest, and two nights in Porto, we headed back up the coast towards Spain along the Costa Verde. The first half of that trip was tedious with a lot of urban traffic, and in hindsight we should have used the motorway for that section. Once free of the urban sprawl, the road improved and we crossed the Minho river on a small ferry back into Spain. Again, the Ariels stole the show. None of the passengers looked outwards at the splendid river views, but rather, at our cars on the central deck. Once across, we sped up the Santa Trega mountain for a great photo of the cars overlooking the border, and down the Portuguese coast. We continued up the coast to the parador in Baiona, another fine hotel right on the water’s edge of the rugged Galician coast.

The following two days we turned away from the coast and headed diagonally across Galicia and Asturias back towards Santander for our return trip to Blighty. During those two days I think we experienced some of the best driving roads, along with dramatic scenery as we drove through mountains and beside lakes and rivers. There were the inevitable tunnels for those with sports exhausts to awaken the dead. In fact, the sound of screaming VTECs echoed amongst the valleys on those days. On more than one occasion we all committed to slowing down to enjoy the views a bit more, but the right foot pedal of an Atom is difficult to resist.

‘You’ve bought an unforgettable car. Now do the unforgettable trip.’ Was the brief met? Hell, yes! I would say in abundance, and then some. I can think of few better ways for a petrolhead to spend their holiday, with great cars, roads, company, locations and accommodation. It wasn’t all about the cars and the driving, but also an opportunity to appreciate different places, cultures, and make new friends. My thanks to Steve Gibson and Bruce Fielding for guidance in planning an Ariel Club tour, and all the guys, and girl, for such great company during the trip. An unexpected benefit for me as a new owner was to learn so much more about the car. Being way from the congested, poorly surfaced and largely uninteresting roads where I live in the UK, I was able to take the opportunity to enjoy and hone my driving skills in the Atom. It was an unforgettable trip we all enjoyed and we are already talking about the next. Maybe Italy in 2018? Watch this space.

Written by Graeme Weineck, July 2017. See the full picture set for this trip.