The official place to discuss all Atoms, Nomad and Aces

Hi everyone, I thought I'd share some pictures of my new (to me) Nomad. It's a 2016 NA version which I'm sure is known to some of you. I bought it from DK Engineering, part exchanging my GR Yaris to do so, which was a difficult car for me to let go, but I've no regrets having done it. I've only done a hundred miles or so in the Nomad so far, but it's a ridiculous thing, in a very good way. I thought I might find it a little slow without a supercharger, but far from it, even if I'm not going super fast, it feels like I am! And I love revving out the NA engine (ear defenders already bought though

I've spent an enjoyable couple of days in my garage detailing the car, and removing a lot of the "off road adventure" gubbins that will be of no real use to me, as I plan to use the car mainly on the road, for B road blasts, for which I think it is perfect (similar but different to the Yaris, in that the Yaris has too much grip, the Nomad not enough ... and not enough is much better in my book!). It came fitted with 15" wheels with MT tyres, which I originally thought I would leave on (in the spirit of low speed sliding fun), but they were a step too far ultimately, being quite vague and just moving around a little too much (even in the dry) for my liking. Luckily the car came with a set of 18" wheels with AT tyres, and these are spot on (and I actually like the way they look on the car, when initially I thought I wouldn't).

The steering wheel you can see in the pictures is an experiment for now by the way - it just so happened that my Mk2 Escort Mexico uses the same quick release as the Nomad, so I thought I'd give it a try. I find the standard wheel a little on the small side, and it blocks the RPM lights. I've ordered a 50mm spacer from Ariel to try with the small wheel, and that might be the sweet spot. I'm 6'5" so finding the perfect seating position can be a challenge, especially as I like to sit relatively close to the wheel.

Anyway, I look forward to being part of this excellent community - I've had great fun reading all the threads several times over, and learnt a huge amount (a lot more to come though I'm sure!). 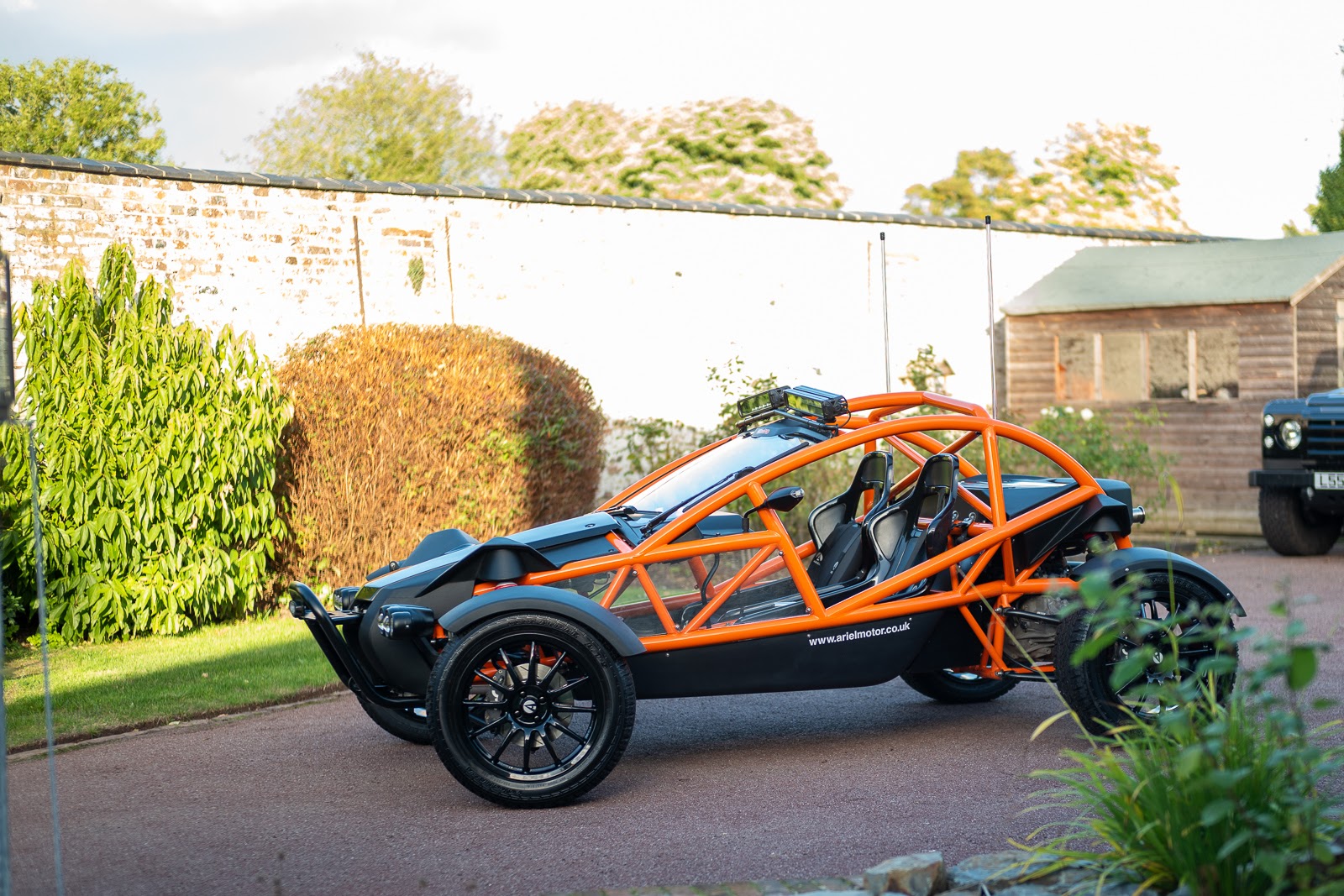 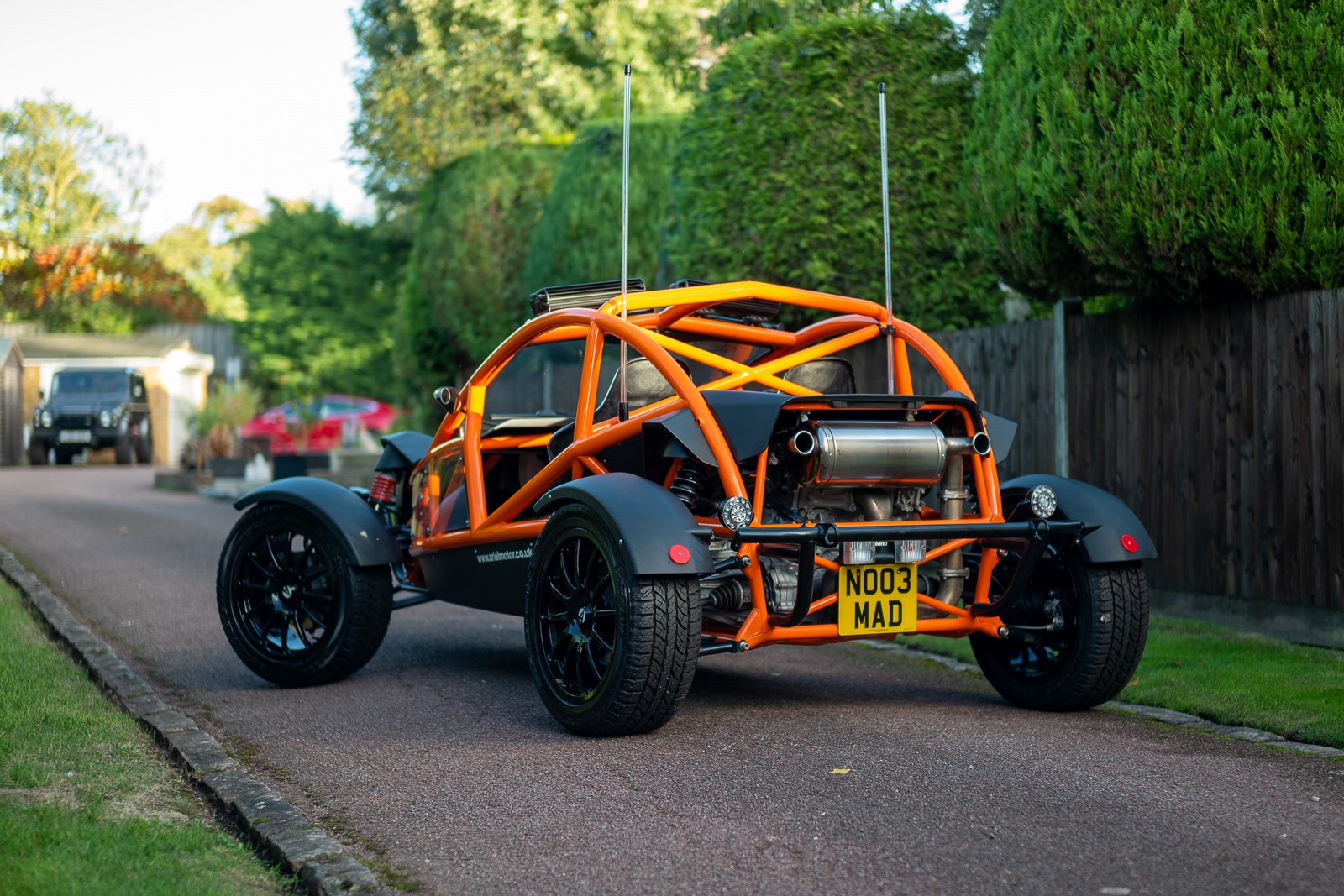 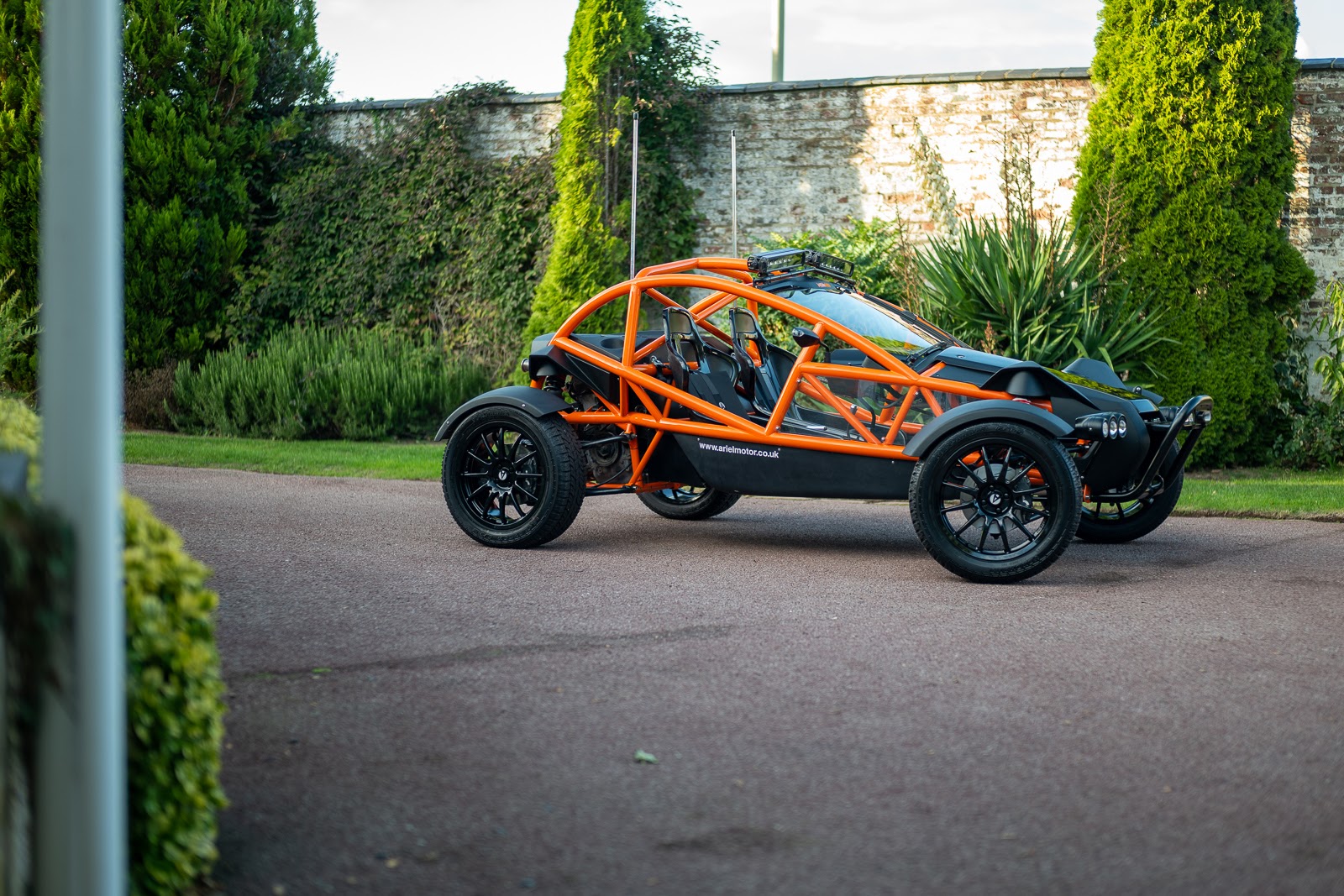 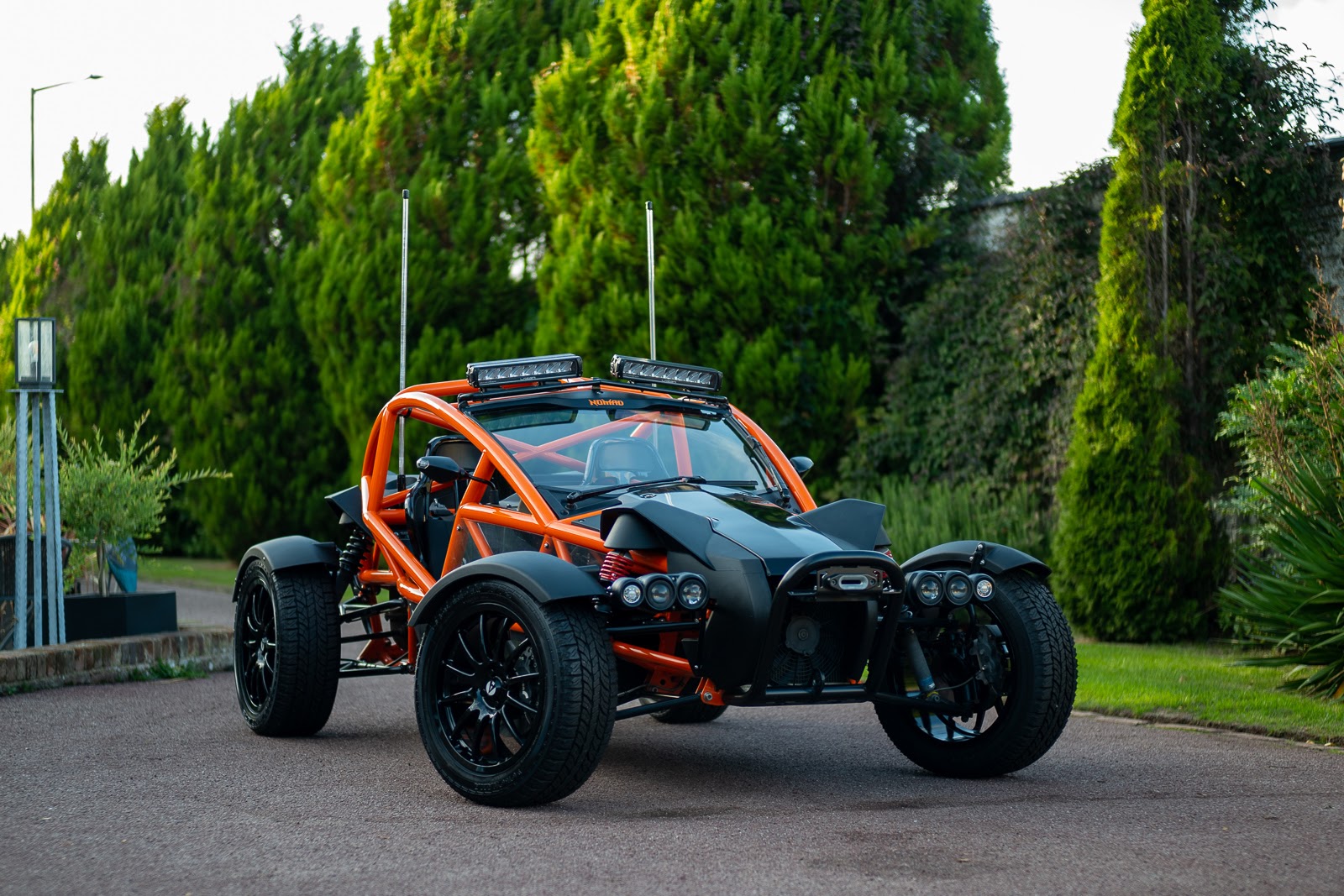 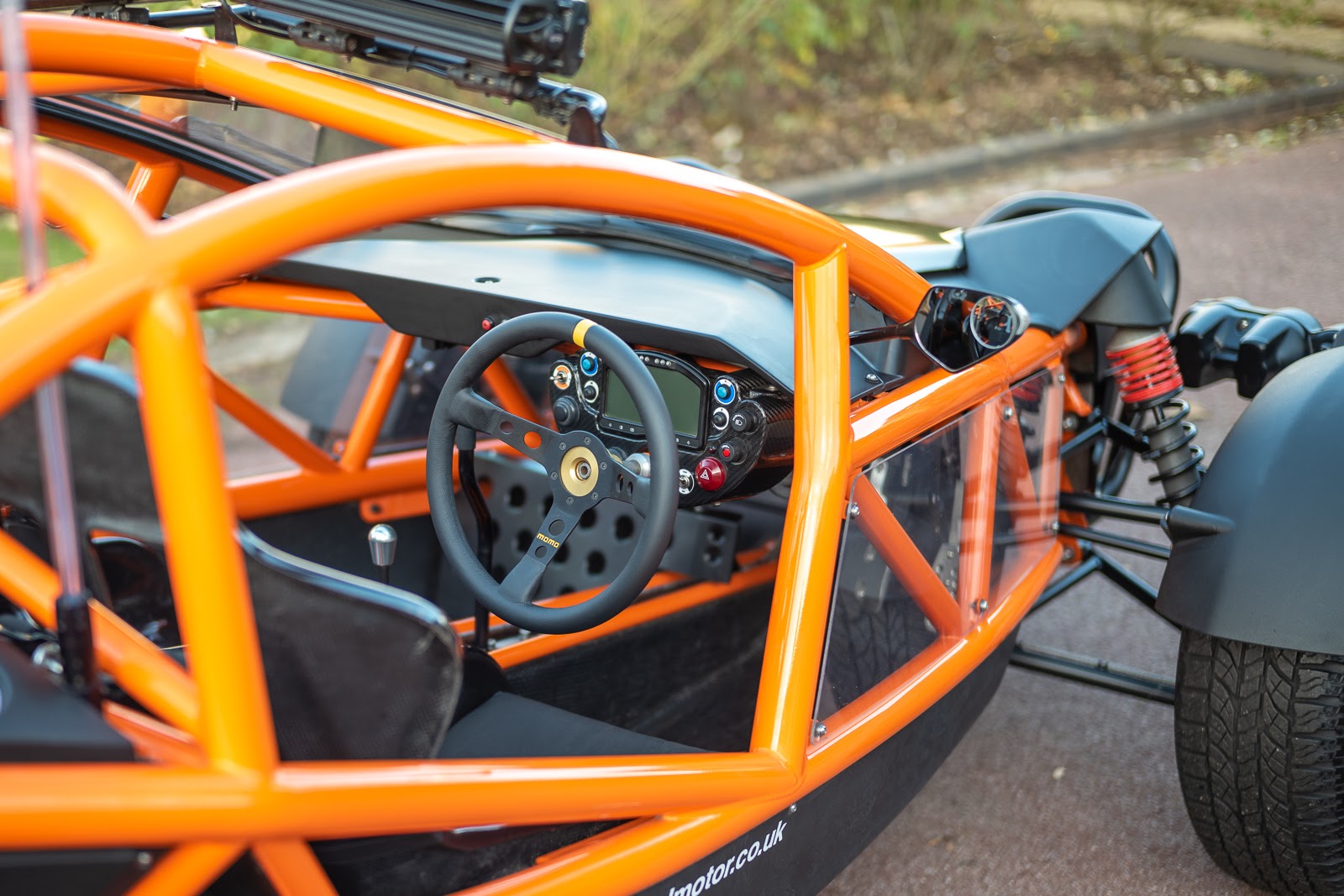 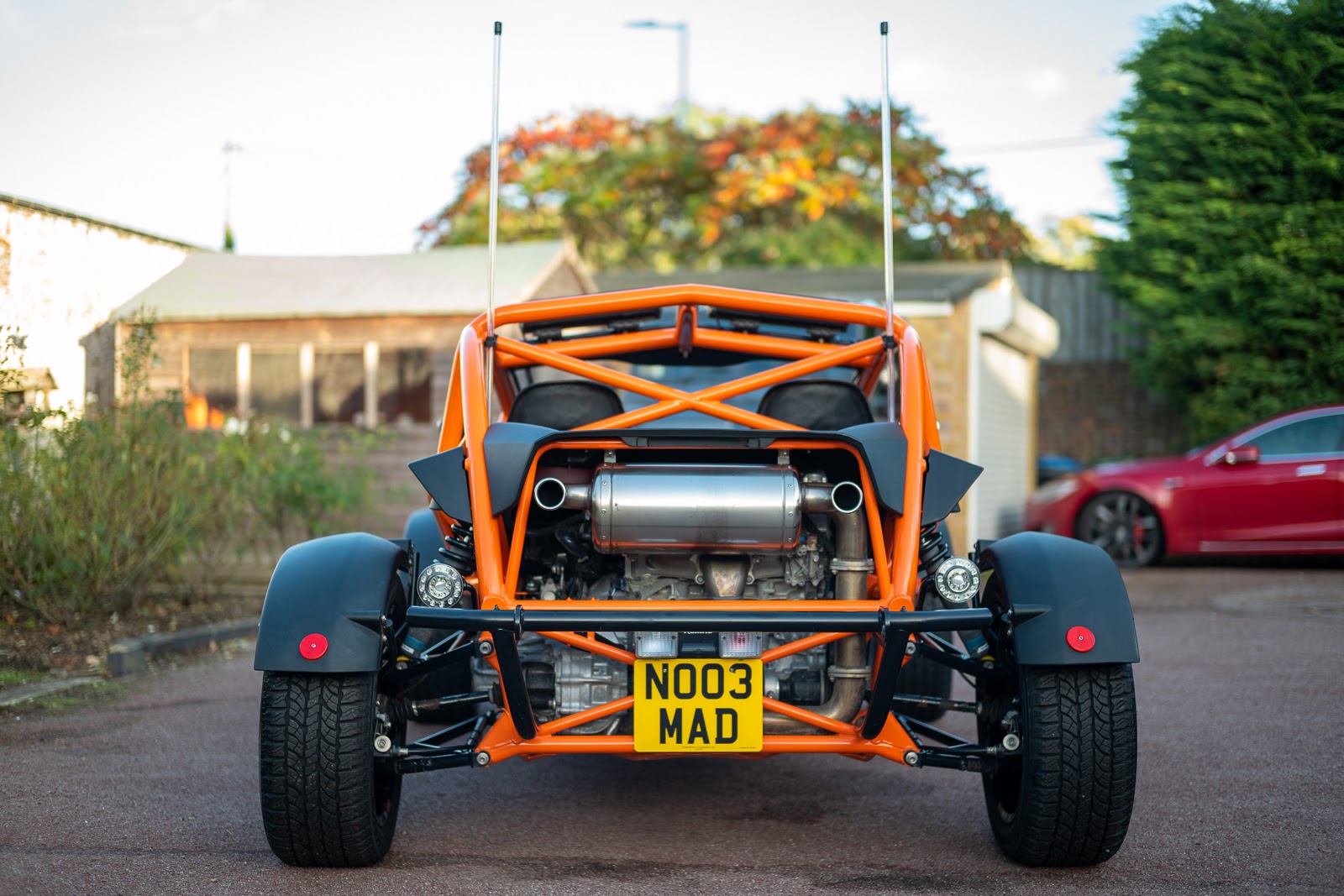 I forgot to say also - I didn't get an owner's manual, and Ariel don't currently have any. If anybody has a PDF version I'd be extremely grateful. I've found a few of the important pages in various threads here, but I also keep reading how great the manual is, so it's frustrating not to have one, or be able to buy one!
Top

I’ve got a GR next to the Atom 4 (on order) and I’m happy I dont have to sell it, love that little car as well!
Top

Unsure why the pictures don't work - here they are as attachments instead of IMG links:

Now it works! What a stunning machine
Top

Have you got a Heat shield yet ? Pretty sure you posted pics on the Nomad Wattsapp group last week ?

Could you do me a favour ? Take a close up of the bracket that fixes the whip to the chassis and also one of the base of the whip where the lamp is located in the bottom.

That’s wasn’t me no (I wasn’t aware there was a WhatsApp group, how do I join please?). If you mean the black decorative exhaust heat shield then the car did come with one, but I wasn’t keen on the look so took it off (and enjoyed polishing the rather corroded looking exhaust, which looks good enough on its own for me).

(I will do those photos for you as soon as I can, not with the car currently.)
Top

Cheers, I’ll get you on the WA group, where are you located ?

I’ve got a shiny silver exhaust heat shield that I’m after changing for a Black one. Your reg is also similar to mine.
Top

I’m in the UK (near Aylesbury).
Top

Hope these show what you need…

I’ve sent you a PM with link
Top

Could you send me a link to the whip brackets? I have been using velcro strips as the factory ones were both broken! Based in UK North West if you are ever close by?!
Top

Recognise the settings from your GR Yaris photos, I’ve got one with an Atom 4 like Roy and it is a good pairing. I do want a Nomad though….
GR Yaris CP for when it rains, Atom 4 for when it doesn’t.
Top
Post Reply
15 posts • Page 1 of 1

Users browsing this forum: No registered users and 1 guest